Are you coping up with the problem of hair loss? If yes then you really need to know about DHT (Dihydrotestosterone). We are saying this because DHT is one of the most dangerous chemicals that contribute to hair loss.

It’s a bit complicated to understand DHT blockers’ effect on women, but we are here for you. Basically, women who face hair loss have follicles that associate with DHT. So, DHT ruins the correct growth of these follicles.

A lot of females wish to control this issue of DHT. That’s why we will share every possible detail regarding how to block DHT in females.

Testosterone changes to DHT with the help of the enzyme 5-alpha reductase. Researchers now say that it’s not the rate of circulating testosterone that is not the main hindrance but the level of DHT compiling to receptors in scalp follicles.

Ultimately, DHT kills the development of hair follicles and turns out in the havoc of hair loss. Almost 40% of females in the world facing hair loss and research found that DHT plays a significant role in that.

How DHT Affects Your Hair?

Now, you must be wondering how DHT levels affect women. Allow us to make it clear. The hormonal procedure of testosterone converting to DHT takes place in both males and female bodies. Usually, women have lower levels of testosterone in comparison to men. But, unfortunately, even this least current level leads to DHT- related hair loss in women.

Why Are DHT Level Significant?

Despite causing terrible hair loss, DHT is still significant for the human body. In females, DHT takes the responsibility of regulating sex drive. More than that, experts suggest not to do any experiment with the DHT levels, especially during the pregnancy periods.

Since the disturbing amount of DHT in women often creates congenital disabilities in male babies. Hence, during the pregnancy period, you must consult a physician before taking any medicines.

How DHT Affects Your Health?

Apart from causing unbearable hair loss. DHT levels also take into a few other serious complications too. These are as follows-

How To Block DHT in Females?

For treating the excessive DHT levels in your body, you can try out the following options-

Do you know that the Food and Drug Association (FDA) officially approved Minoxidil for receiving the hair loss? Yes, you can use it for controlling the amount of DHT in your body too. We would like to suggest that you go with 5% minoxidil instead of 2% to ensure faster results.

Propecia is yet another most effective drug that truly works for DHT. But, if you have any kind of medical condition like- PCOD or PCOS, we would suggest you consult your doctor before consuming Propecia.

Saw Palmetto is a herbal drug that acts as a blessing for balancing DHT levels in females. The most fantastic perk of using Saw Palmetto is that it won’t include any side effects because of the organic properties. You can use the Propidren supplement that contains Saw Palmetto extracts.

Zinc handles the imbalance of DHT levels in women like anything. If you consume the right amount of zinc through your diet, you could bid goodbye to the complaints of hair thinning. Moreover, you will also notice severe improvements in your hair volume too.

Last but not at all least, we would recommend you to opt for Biotin-rich foods for blowing off the issue of hair loss. Basically, it covers the accurate track of DHT levels in females. You can also choose to take biotin supplements for fulfilling the consumption of it.

Aside from the above suggestions, you should also focus on your diet for controlling DHT levels. Below mentioned are the lots of food items that help in balancing the amount of DHT in your body-

Turmeric carries a high concentration of productive compounds called curcuminoids. These compounds serve as a boon for stopping hair loss in females.

Are you familiar with the fact that coconut oil offers a high rate of medium-chain triglycerides (MCTs). This extended amount of MCTs is a medically proven element for eradicating the issue of hair loss in females.

If you are done with the never-ending problem of hair loss all because of disturbed DHT levels then you should try out the paste of onion on a regular go. After the proper use of 1 month, you will see the positive changes.

Why Do DHT Level Varies?

There are several diseases that become a prone reason behind high DHT levels in females. Additionally, hormonal disorders can turn to hormonal changes in women. The most common subject points of high testosterone levels in women are hirsutism, polycystic ovary syndrome, and also congenital adrenal hyperplasia.

How To Control Harmful Effects of DHT Blockers?

So, it was our take for how to block DHT in females? We hope that the entire picture is now clear in your mind. Read the whole article carefully and proceed for achieving an end to the problem of hair loss associated to DHT. 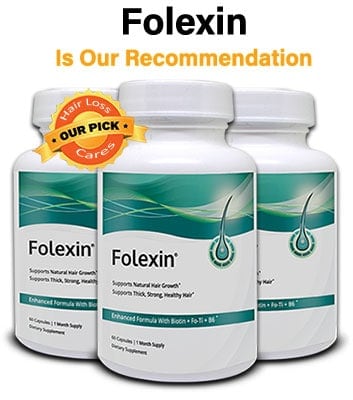